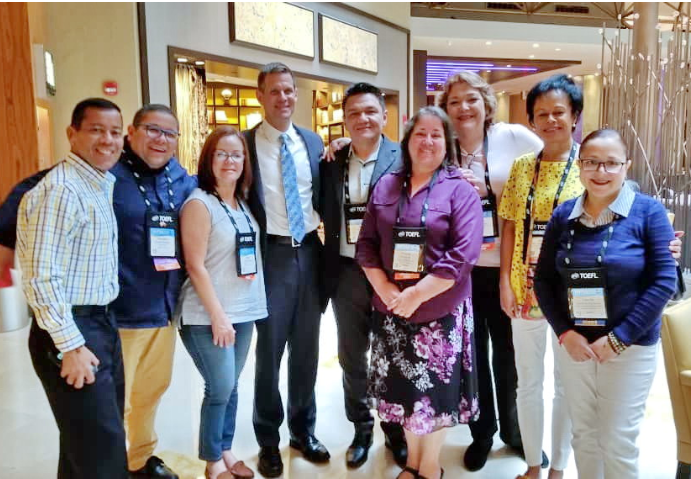 Once again, the Venezuelan American Friendship Association (AVAA*), had the honor of being invited to the annual meeting of NAFSA (Association of International Educators) to represent Venezuela in this activity that brings together the 10,000 members of NAFSA located in more than 3,500 institutions around the world, in more than 150 countries (According to the official portal of NAFSA).

“It was very pleasant to be able to share in different spaces, the development of a the Excellency Progra which has become an avant-garde proposal that is changing the present and the future of the country through the support of young university students”

The NAFSA Annual Conference is a unique forum for attendees from many professional and geographic backgrounds and perspectives, but they share a strong commitment to the core values of international education (NAFSA, 2019).

This year’s topic was “Global Leadership, Learning and Change, with the objective of encouraging reflection on the current state of the field and on how to work through the changes and challenges facing our profession” (NAFSA, 2019).

Our Executive Director, Claudia Gonzalez, had the honor and commitment to share successful stories of our scholars and graduates who are transforming not only their realities, but also that of their families, through formal education, citizenship and emotional empowerment. “It was very pleasant to be able to share in different spaces, the development of a program like the Excellency Program, that has become an avant-garde proposal that is changing the present and the future of the country through the support to university youth,” She stated.

The meeting also recognized the work done by the EducationUSA Consulting Centers in Caracas (AVAA and CVA Las Mercedes), both under the direction of graduates of the AVAA Excellence program.

Activities such as NAFSA allow us to show the world that it is possible to change realities in Venezuela, in spite of the harsh crisis that the country is going through and that our nation has a lot of talent. “Venezuela will be reborn, to become an advanced, plural and mainly well-formed society,” said Claudia González.