﻿Because our planet needs it: A friendly hand for the Ávila Mountain

﻿Because our planet needs it: A friendly hand for the Ávila Mountain 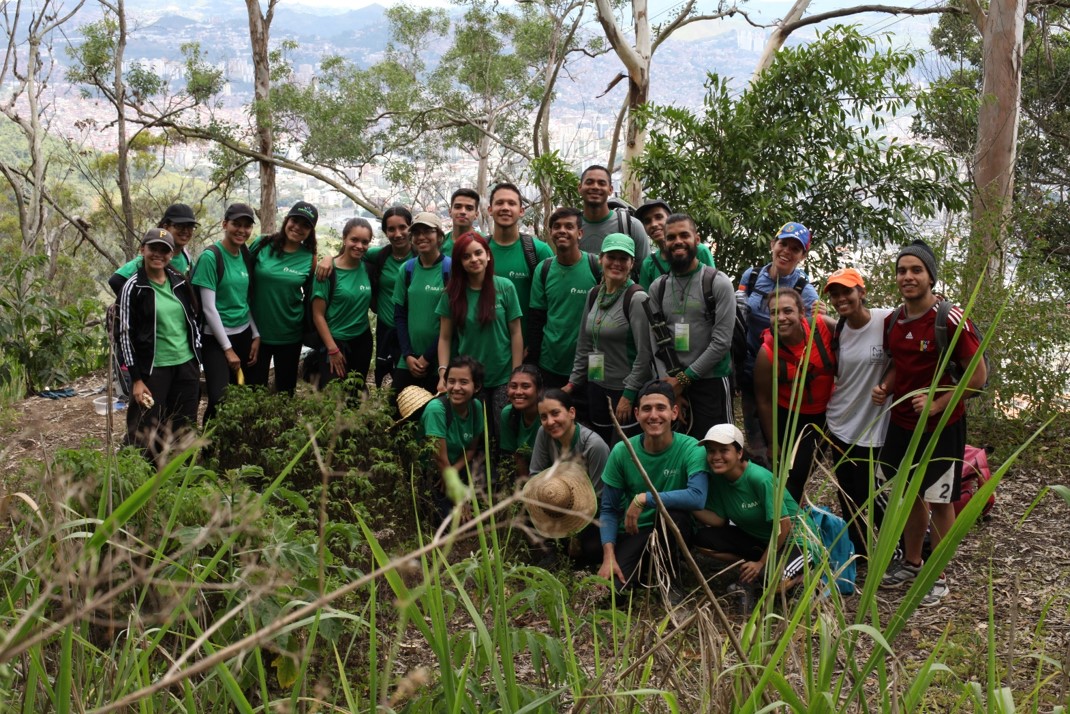 Aligned with three of the Sustainable Development Objectives, our volunteer project A Friendly Hand for the Avila (UMAA by its acronym in Spanish), continues to carry out activities with more impact, in benefit of the planet.

The UMAA´s team, the newest volunteer project in ProExcellence, has developed three days of great impact for the environment, on October and they are preparing another one on November 3rd.

This project, which wants to raise awareness among the population about the of the importance of caring for ecosystems, is contributing to achieve three of the UN’s stipulated ODS for the 2030 agenda (Climate Action, Underwater Life and Ecosystem Life Terrestrial).

The first activity, held on October 6 and was a general weeding of the Cachimbo sector of the National Park “El Ávila” (approximately 5km). In it, the UMAA´s team joined to “Acampar Ávila”, “a group of nature guides (especially in El Ávila Mountain) with an informative, safe and ecological focus”.

The team, managed to enable the way that was covered by bush at the same time as they carried out activities and learned about the vegetation on the place. They were very careful with nature, removing what they had seen. necessary to enable the way without doing damage to plants, this, thanks to the training that Acampar Ávila´s team has on the rehabilitation of natural spaces.

The second activity, was held on October 12 with the team of Smiley Plant, who invited our scholarships-holders to come and help them to support, in the reforestation of a part of the campus of the “Simón Bolívar” University (USB), together with others groups such as the Scouts Civil Association, Recyclers, EcoRecicla, MultiRecicla and groups associated to the University. Nearly 480 trees of different species were planted, in order to recover an area damaged by the blaze that occurred on the USB in May 2018.

Our scholarship were recognized for their work and commitment in the planting, and, by the great support for Scouts children about 8 and 12 years old.

On October 19, the last activity of the month was held in the beach “Terrazas de Camuri Chico”, Vargas state , in which 48 scholarship-holders participated in the cleaning of different areas of the beach. In addition to the scholarship holders, in this day participated part of the AVAA staff and community members, who achieved collect approximately 400 kilograms of solid waste that were along the sand.

The most important thing about a project like this, is it is being creating ecological awareness, not only in the scholarship- holders, but also in the the communities and spaces in which the activities are held, in addition to the transcendence it has.

The United Nations Environment Programme (UNEP) 2019, points out that, air pollution is causing between six and seven million premature deaths in the year, 95% of the population of the planet lives in zones with levels of fine particles are higher than the recommended by the WHO, as well as indicators such as improve water quality, halt biodiversity loss, reduce marine pollution, improve air quality in the oceans and seas cities, etc., have a tendency to worsen.

Faced with this situation, projects that generate tangible changes, are welcome as they contribute to the improvement of the environmental conditions of the planet.